The history of the cricket game dates back to 16th century England. Over time, the sport has evolved and been played in different parts of the world with different rules. The Indian subcontinent is home to many passionate cricket fans who have developed their own unique style that differs from other countries around the world.

The origin of the name cricket

The history of cricket dates back centuries, with references to a bat-and-ball game called ‘cricket’ dating back to 16th century England; it has evolved over time into a sport that is now enjoyed all around the world as one of the most popular sports in existence today.

In 1296, Ralph Lane recorded what may have been an early reference to “creag”, the Old English term for cricket: “…we found certain men playing at creag…” It wasn’t until later on, however, those who were hooked on this new pastime adopted its name.

The first written account of a cricket match is from 1709 when the earliest known reference to cricket was seen on a court order mandating that “certain boys were not to play at crick-bat within the town”. The following year, an English lawyer named Richard Gough wrote about cricket being played near Bedford. This begins what some historians call ‘the dawn of cricket’ and mentions how there are accounts of a game called “criquet” as early as 1334 under different names including “crogball” or “crocket”. A few years later John Jefferson refers to people playing “crickette” with both hands before returning it using one hand only.

The first cricket match in history

The earliest definite mention of cricket as an organized game comes about 1650 when there were three references made within fifteen years of each other in different parts of London – Het Bosch on Bread Street Hill (1657), Finsbury Fields near Moorfields (1709), and Lilliput Lane off High Holborn by St Giles Churchyard (1732).

These are all fairly close together so they could have either been games that started separately and merged or simply variations on the same basic idea which had become very popular.

In 1877, the first Test Cricket match was played in Melbourne. It is reported that the English team won by 45 runs and took a lead of one game to nil. This series also witnessed Australia’s victory over England for their first time at what would be termed as the “Ashes.” The Ash is a term used to discuss an item consisting of different parts.

It is said that the term “Ashes” was coined by a journalist. The story goes that an English cricket team had lost to Australia for the first time and he wrote, “that England has been defeated, we have not even the ashes of a single victory.”

At the end of 1896, England’s WG Grace scored his last first-class century: an innings of 200 not out. The following year he played in what turned out to be the final match at a notable location called “Old Ground’s North Bank” for Kent v Rugby School.

At the conclusion of 1896, England’s WG Grace scored his 100th – and last – first-class century: an innings of 200 not out. In 1897, he had been partaking in what was to turn into the final match at Old Ground’s North Bank – despite teammate JH Hirst finishing unbeaten on 74 – for Kent v Rugby School when Mr. Robinson bowled him for a duck using.

Cricket in the 20th century

The 20th century saw the rise of what has been termed “the greatest rivalry in cricketing history”: the Ashes.

The term refers to a series of Test matches played between England and Australia for urns containing ashes from burnt Australian pitches, which were presented by English captain Ivo Bligh after his team toured down under in 1882/83; the custodianship of these trophies is now shared among various sporting institutions like MCC (Marylebone Cricket Club), WICB (West Indies Cricket Board) and CA (Cricket Australia).

One-off Tests have often been labeled as “Ashes” games because they are considered important enough to be compared with the more prestigious long-form format. 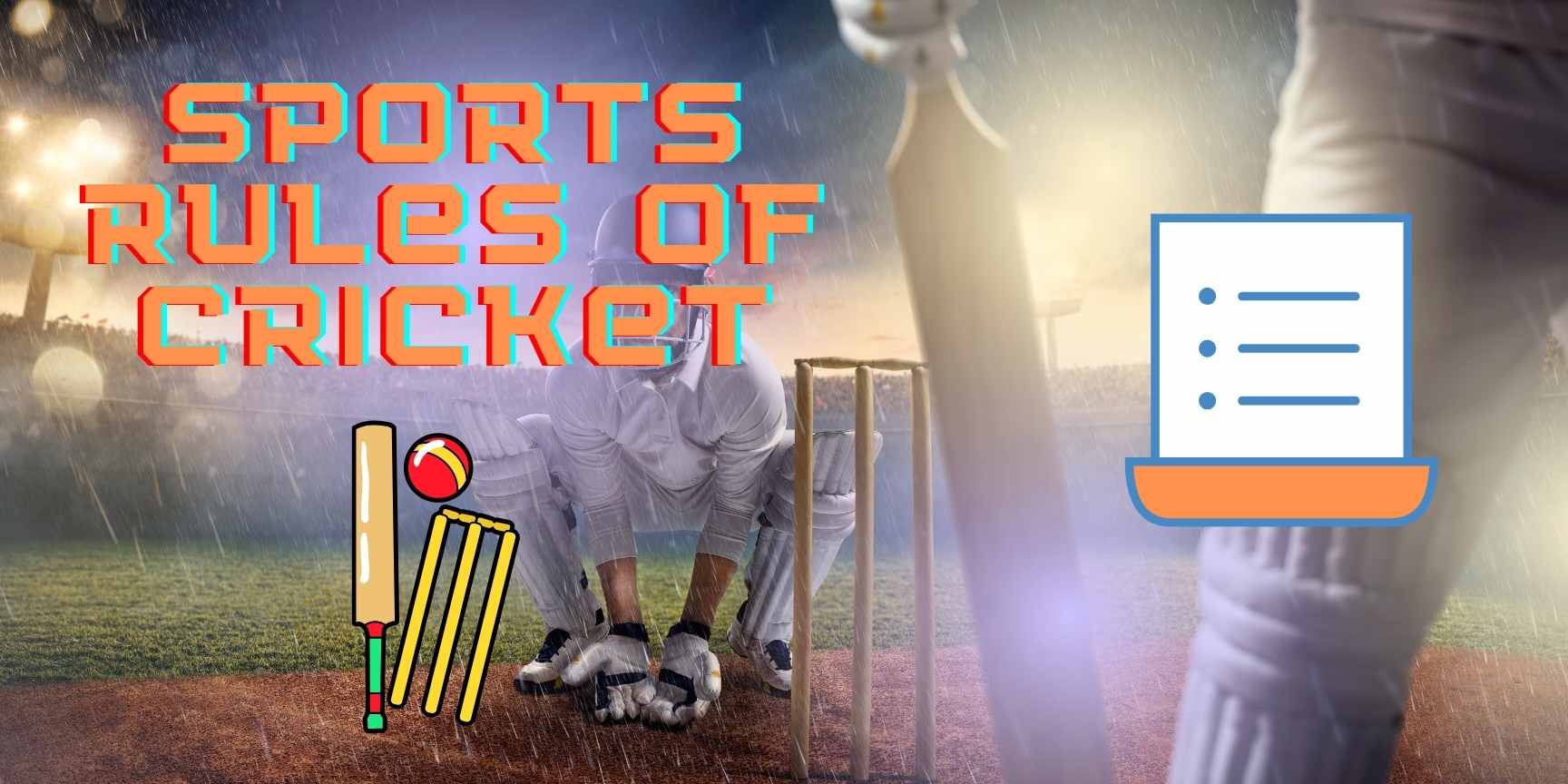 The rules of the game have been laid down by the International Cricket Council (ICC) and they are subject to minor variations allowing for regional diversity. The ICC has 132 member nations, which makes it one of the world’s most played games. In addition, baseball is an American invention that was derived from cricket in 1838.

There are two teams of 11 players each with a designated role based on their skills or physical attributes. One team fields five fielders behind a wicket at either end of the pitch while its batting partner sends out six batsmen to bat – three facing away from them and three towards them – along the length of said pitch; as well as four bowlers who aim to get batters out by bowling deliveries at the wickets at either end.

The aim of every player is to score runs by hitting the ball and running between the two sets of three wooden sticks called “wickets” at opposite ends of a rectangular-shaped field.

There are multiple ways in which this can happen, as follows:

How many players are on a cricket team? 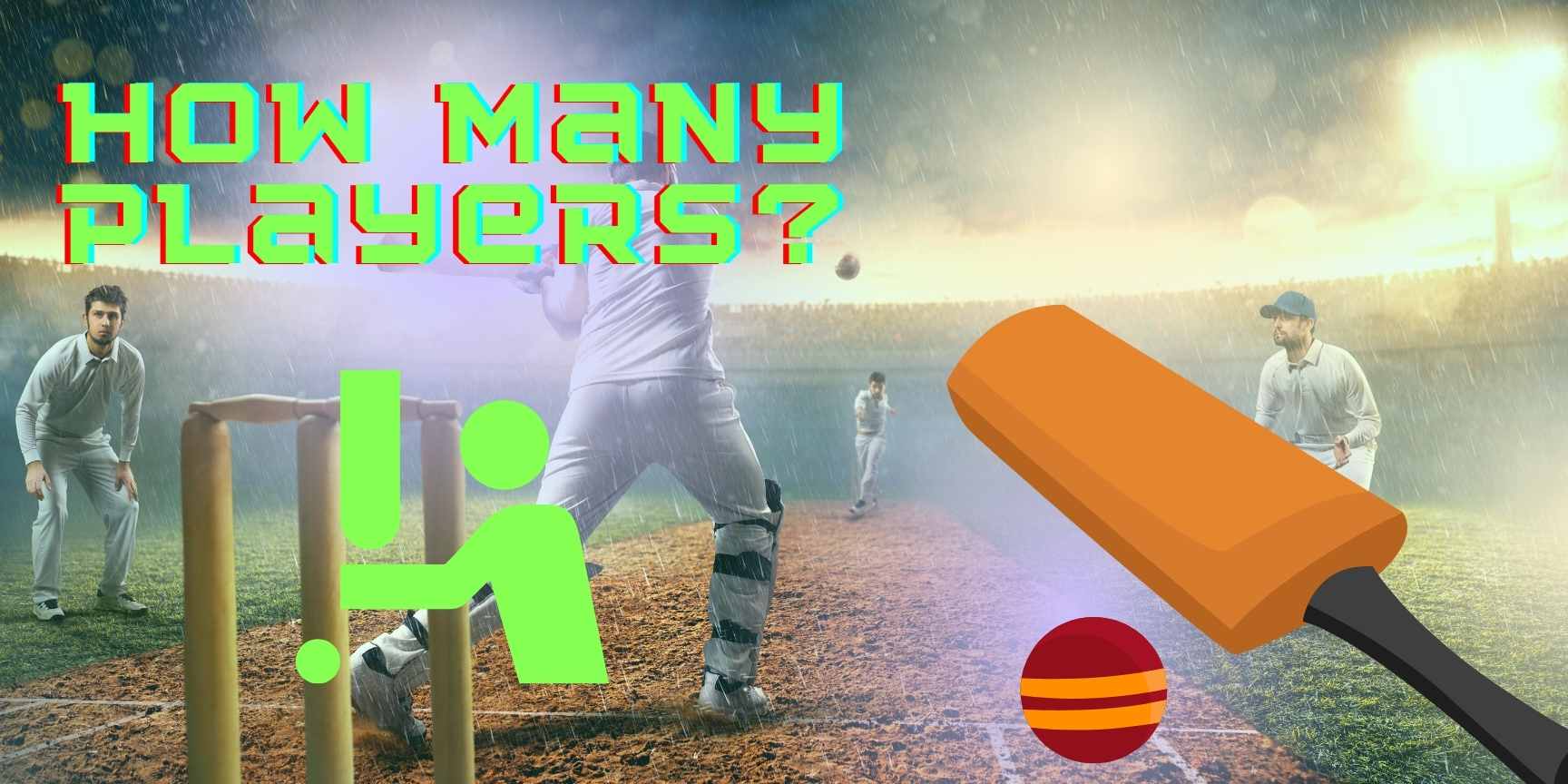 A team is limited to eleven players. The batting side normally bats in a line up with the order of:

The first two people to bat are the openers and they face the bowling from one end of the pitch; a wicket-keeper stands behind them. They have special equipment including pads (leg guards), gloves for catching balls hit by the batsman or thrown by the other members of their team, helmets to protect themselves if they hit it with their head while trying to catch it or as protection against slower deliveries that do not bounce so high off the ground.

The opening batsmen try to score runs – putting up ones on either side of a cricket field’s lengthwise centerline – by hitting a delivery from across the opposition over its boundary at which point someone on their team will then run between the two boundary markers, and score one of these runs.

The fielding team, which looks to restrain the batting team from scoring more runs by catching or running out any of its members and getting them “out”, deploys a variety of bowlers who deliver (throw) the ball at various speeds depending on their role.

Fielding positions are not mutually exclusive – one player might fill in for another fielder when they go up to bat, or there will be two players stationed close together just in case an opposition batsman gets past both.

In addition, some fielders can also act as wicket-keepers: instead of trying to stop opposing batters from hitting the ball away with their bats, these fielders use special gloves called keepers’ gloves that have extra padding over much of the palm to protect the wicket from being damaged.

Bowlers in a cricket team

There are two main categories of bowlers in cricket: fast and spin. Fast bowlers may act as ‘opening’ or ‘closing’.

An opening is usually the quickest bowler on a team, employed to try and take out the opposition’s batsman before they have time to settle into their innings (a period when they play from one end).

Closing is normally used at the other end of the game – by this stage, it might be getting late in terms of batting time, so closers will often use slower deliveries with more movement because batters should not have enough time to hit them away for six runs.

Who are cricket spinners?

The spinners are usually employed in the ‘middle overs’ section of an innings where they can try to use their craftiness and variety with flight, turn and bounce to take wickets. Spin bowlers will often be used as the first change when a match is crucial because one of the main strategies for dealing with them is to attack from the start rather than waiting until later on.

In Test matches – which last up to five days – teams might sometimes play two specialist spinners at once (known as playing an “all-spin” or “seam-spin”), typically after around 35–50 overs have been bowled by opening fast bowlers so that batters can’t settle into good batting positions before facing too many deliveries from slow bowlers.

Spin bowlers are a lot more difficult to face in the prolific dust bowls of India and Pakistan, where it’s very hard for batsmen to see the ball. Bowlers who maintain their accuracy when delivering in these conditions will often be used as first change by teams struggling against spinners early in an innings.

The game of cricket has been around for centuries, and the rules haven’t changed in that time. What has changed is how people play it today, with some countries hosting professional leagues where players can make a name for themselves and earn lucrative contracts. We hope you have enjoyed learning about cricket history as much as we did research it!

If you’re looking for a way to make money, to place cricket bets on the next big match, then be sure to choose a right betting site. So check out these online cricket bookmakers in India:

A growing online market of bookmakers in India allows for a more efficient betting process with many benefits such as online support, mobile betting, and secure transactions.